The U.S. Supreme Court ruled that love wins!  Justice Kennedy wrote the opinion in favor of the freedom to marry for same-sex couples in all 50 States.  Today, gay couples that wish to marry in Florida have all of the rights that opposite sex couples enjoy.  Marriage, whether same-sex or opposite sex, affects federal benefits such as medicare, medicaid, social security and disability assistance.

Same-sex couples also have equal rights to divorce in the State of Florida.  However, some unique challenges remain for same-sex couples that are navigating the divorce process.  One example is the alimony law and how it is applied to same-sex marriages.  One major factor in determining a potential alimony obligation in divorce is the length of the marriage.

Unique challenges still arise for same-sex couples, even in divorce.  However, I have no doubt that love will continue to win.

Our firm is committed to providing same-sex couples and opposite sex couples with excellent representation in divorce, adoption matters and prenuptial agreements. 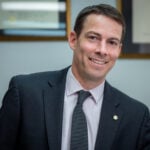